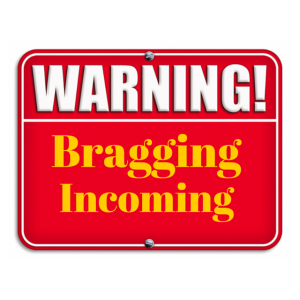 Anyway… (man those squirrels get away from you quick)

So, I had an essay due this morning at 8am. Something I have been working on (read.. procrastinating) slowly over the last two weeks. It was about poetry, and in particular, Robert Hayden’s “Those Winter Sundays” and why it was or was not trite in its form. Last night, after coming home from my Astronomy class (seriously, I’m a 44-year-old college), I had decided I was going to buckle down and finish it (or start it.. same thing).

However, once I walked into the house, there was stuff I had to do. After all, I had been gone all day (work and college), it was now almost 10pm, and the wife needed me to go over her Psychology paper (yep, she’s in college too..) to double-check some of her stuff before she handed it in today… and one thing lead to another (no, not that…) by about 10:45 I had accomplished all the stuff other people needed me to do.

So, I resigned myself to my office, thinking, I’m going to take 30 minutes to myself and play a video game. 2 hours later, it’s well past midnight, and I haven’t done a lick of work. I said to myself, “Self,” I totally call myself ‘self’ by the way… but anyway… I said, “Self, get some sleep, you can do this in the morning. It’s due tomorrow. You got this.” I liked that idea, patted myself on the back for such a great concept, and played another 30 minutes of my video games. Ok, fine, I might have a problem… so not the point.

So this morning, I make my plan, arrange my schedule and straighten some paper… all of which had no bearing what-so-ever on writing the paper… and set out to accomplish my day. About 9:30 this morning, this foreboding feeling fell upon me and I had this inkling of impending doom as the realization that my AML class assignments are due at 8am on the day they are due.

There was an audible, “No…no…no…no…” as I rushed toward my computer to see if my insight was true.

It was. There it was… Assignment due: 8am.

I hung my head. I had failed. I resigned myself to this fact.

But, me being me (who else would I be?), I said, “Self, you know what… the submission form is still up, I’m going to write this and get it in. And if need be, throw myself on the mercies of my professor.” By the way, he does seem to be a cool dude (and he doesn’t even read this.. so… honest statement).

And not just 700 words of creative stuff like this. 700 words that reference “Those Winter Sundays“.

And it was good.

(someone else said that.. I brag, but not that much).

So, now we wait for the grade, or an email telling me I failed the submission deadline.

Follow Thoughts from the Front on WordPress.com
Join 684 other followers