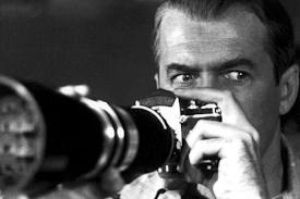 I’m a snoop with a touch of the stalker vibe.

Or, at least that’s how my daughter describes me when I talk to here about something that someone has posted online. The young lady who lives with us recently made a similar comment when I was going through the like feed on Instagram seeing what other people have like. Her comment was, “Who does that?”

Why? Curiosity mostly. I operate on a level of need for information that is probably unhealthy. It’s not that I want to know. If it were just a ‘want’ thing, well, I could probably curb that issue fairly easily. This is something deeper engrained in my psyche.

It’s a need. And before I go too far, let me just say, this is an aspect of my life that is not just about online stuff. In video games, I have to explore every inch of a map, revealing what’s there because you never know what they may have put there. In real life, I have made the comment that I operate of an over-abundance of information and not the opposite. Not knowing something, anything, tends to drive me a bit batty. Although, I can trick my brain into not caring, it takes some effort.

So, back to the whole online thing… I totally blame the Navy for my skill in finding things out with minimum information. Add to that all the fun search skills that I have learned over the years when it comes to online stuff. Pair that with my love of figuring things out and the above mentioned need to know things and you start to get the picture of someone who, barring scruples and a modicum of decency, could be a powerful force for evil.

Guess it’s a good thing that some of the common courtesy stuff my mom tried to instill in me actually stuck. Some. Not all.

And I just totally lost where I was going with any of this, cause I started singing the “Dr. Horrible” songs… Great.

If I were a lesser person, (and trust me, I’m not saying I’m not, I’m just not admitting to it) some of the information that people are just so willy-nilly about posting on the internet would find it’s way back into the lime-light. As it is, I just collect it. Store it away. Catalogue and classify it. And just wait for the moment that my good nature gets trounced on in order to unleash a torrent of… Ok, I totally don’t do that. That would make my a psychotic megalomaniac with a tint toward shadow control of peoples lives.. and that’s just not me. No. I’m just a collector…

Not crazy at all.

All that said just to say… if you don’t want people knowing your business, don’t post it on the internet.

p.s. If you have not seen Doctor Horrible’s Sing Along Blog… you have no idea what you are missing out on. It’s AWESOME!

And because I am feeling musical, here is a throw back to the 80’s…. and the video just needs to be thrown back. Ugh.