It’s the Friday before a three-day weekend! What better way to start that off than with some humor? My dad sent me this email a while back (so apologies if some of these are not accurate) and I thought, hey, why not post it for everyone to enjoy. If you have never seen Steven Wright, well, you have missed out on his deadpan monotone humor (which I absolutely love). Let everyone know which was your favorite in the comments, mine just happens to be 1 through 35… So without further ado…

The Quotes of Steven Wright:

1 – I’d kill for a Nobel Peace Prize.
2 – Borrow money from pessimists — they don’t expect it back.
3 – Half the people you know are below average.
4 – 99% of lawyers give the rest a bad name.
5 – 82.7% of all statistics are made up on the spot.
6 – A conscience is what hurts when all your other parts feel so good.
7 – A clear conscience is usually the sign of a bad memory.
8 – If you want the rainbow, you got to put up with the rain.
9 – All those who believe in psycho kinesis, raise my hand.
10 – The early bird may get the worm, but the second mouse gets the cheese.
11 – I almost had a psychic girlfriend, ….. But she left me before we met.
12 – OK, so what’s the speed of dark?
13 – How do you tell when you’re out of invisible ink?
14 – If everything seems to be going well, you have obviously overlooked something.
15 – Depression is merely anger without enthusiasm.
16 – When everything is coming your way, you’re in the wrong lane.
17 – Ambition is a poor excuse for not having enough sense to be lazy.
18 – Hard work pays off in the future; laziness pays off now.
19 – I intend to live forever … So far, so good.
20 – If Barbie is so popular, why do you have to buy her friends? 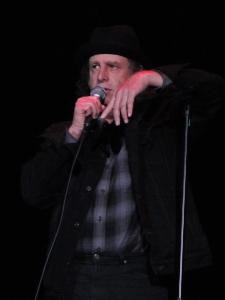 21 – Eagles may soar, but weasels don’t get sucked into jet engines.
22 – What happens if you get scared half to death twice?
23 – My mechanic told me, “I couldn’t repair your brakes, so I made your horn louder.”
24 – Why do psychics have to ask you for your name
25 – If at first you don’t succeed, destroy all evidence that you tried.
26 – A conclusion is the place where you got tired of thinking.
27 – Experience is something you don’t get until just after you need it.
28 – The hardness of the butter is proportional to the softness of the bread.
29 – To steal ideas from one person is plagiarism; to steal from many is research.
30 – The problem with the gene pool is that there is no lifeguard.
31 – The sooner you fall behind, the more time you’ll have to catch up.
32 – The colder the x-ray table, the more of your body is required to be on it.
33 – Everyone has a photographic memory; some just don’t have film.
34 – If at first you don’t succeed, skydiving is not for you.
35 – If your car could travel at the speed of light, would your headlights work?

5 thoughts on “A Little Steven Wright…”