A few weeks ago, my son came down for a visit. He got his new (to him) car and wanted to come down to say ‘hi’ to his family. Me being the awesome dad that I am (you can stop laughing now), I didn’t change my regularly scheduled Saturday trip to Panera. Yes, I said I didn’t. See, I’m an awesome dad (seriously, you can stop laughing).

So there I was, sitting in Panera, enjoying my coffee, or eating my bagel, or staring blankly at a flashing cursor of my most current work in production, when he shows up. So I put down the screen to my laptop where I was diligently working away at  trying to write the first word to something, and allowed him to be my excuse for why I did not write anything that day. END_OF_DOCUMENT_TOKEN_TO_BE_REPLACED

Of all the things in this world, my mind is the thing I miss the most.

It’s an old saying, one that tends to be incredibly apropos to me most days. If its not struggling with an anxiety issue, it’s balancing my school load. At the moment, I am taking 2 classes per each 6 week summer semester. Spanish happens to be one of those two classes and learning a foreign language in a span that short… well, I’m sure you can guess what a watermelon looks like after you shove it through a whole the size of a lemon. It’s kind of the same concept, but instead of a watermelon, it’s language. Lot’s and lot’s of language.

If it’s not that, it’s making sure that I am spending quality time with my wife. That tends to be difficult. Maybe not how you think, but… let me explain. No, that will take too long, let me summarize*. END_OF_DOCUMENT_TOKEN_TO_BE_REPLACED 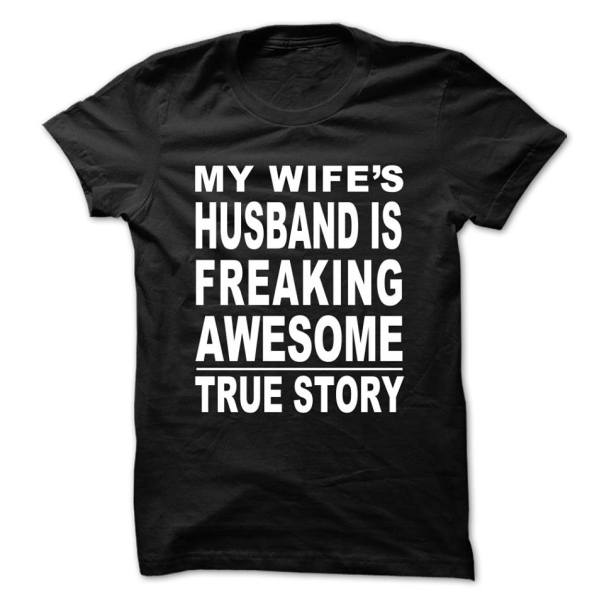 Yeah, I totally stole this from a friend of mine. He posted it to his page on Facebook, and I have to say, it is true… for both hs wife and mine.

Those are some pretty lucky women right there (or as we say in the South, “ri’chair”). Lucky indeed.

I have been writing since I was in elementary school. I mean, the creative kind, not the other. I have obviously been writing since before kindergarten… well, maybe not so obvious.. and look.. a bunny trail right off the bat. (I can already hear my wife saying “Focus”) Ok, so.. as I was saying.. writing, elementary, creative.. ok.. back on track.

In that time frame I have had hundreds of stories that I have wanted to write. Ideas so grand that they would have been spectacular to read. If… I could only get them out of my head. There are times when I come across a story and I look at my wife and say, “That was my story from 20 years ago.” or I see someone with a name that I created when I was a teenager and I tell her, “I made that name.”

Everytime I do, she has the same response. She looks at me lovingly, sorrow filling her eyes, sympathy spreading from her heart out towards me as she embraces me in a loving hug and pats my head and strokes my hair and tells me, “You should have written the story then.”

Ok, none of that is true, except for that last part. She totally just drives that nail straight into my heart and, personally, I think she enjoys it a bit too much. I married a sadistic woman… but everyone that knows her will think I am lying because she is the nicest person any of them have ever met (or close enough that it’s just a matter of semantics).

I’m not really sure what it is that stops me. Sometimes I get bored with the story because I completed it in my head, sometimes I don’t think I’m good enough, sometimes I let every distraction get in my way, and sometimes procrastination is way too comfortable.

Then there is this blog. A source of enjoyment because I can complete something. Creating in itself a sense of accomplishment that I am truly writing and finishing something, even though it is more akin to eating cake then a proper meal. It’s the sugar rush without the content. It is an interesting conundrum.

Excuse me while I go bang my head on the desk…

Ok… now that I am done self deprecating, I do have several stories I am working out. One in particular has hit an interesting snag with the plot and I have slowly been working it out. Another has an enemy issue. Then there is the one that is a trilogy that just seems daunting every time I even think about it.

I really should just start writing them. Just get it out of my head, blow through the excuses, and do it.

At least that way I wouldn’t have to hear my wife say “You should have written the story then.”

Yep, I’m a stacker. Everything I own is normally in one stack or another, placed neatly and not too high. Corners are placed with corners. All lined up. Clean. It’s almost something that I can’t help but do. I think it’s part of my brain malfunction. The self diagnosed OCD that I have.

For instance, I walk into my bank, see a stack of brochures while standing waiting for the teller to complete the transaction and I just have to make them even. Not just with each other, but with the counter. Same with the cash envelopes, business cards, or any other stack that happens to catch my eye. (I do this other places, but as I go to the bank on a daily basis, it was the first example I could think of.)

So, all around my house, there are these stacks of my stuff, orderly and neat. My bedroom suffers the same treatment. All my books, stacked, biggest on the bottom. Sheets get stacked the same way. My clothes, on the dresser, folded and stacked (at least the ones I didn’t get into the drawers, which is pretty much most of them). The pillows and throw blankets on the bed, biggest to smallest. So, pretty much anything I can stack… done.  END_OF_DOCUMENT_TOKEN_TO_BE_REPLACED